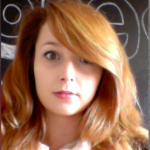 Last week Veeqo held its first Hackathon, the aim of which was to come up with an idea for a product or service to add value to Veeqo, either for the Veeqo Team or for our customers.

So we split into four teams, each composed of Veeqo’s marketing and engineering departments, and then headed off to a The Old Vicarage, a remote country house situated in Swansea’s beautiful Gower peninsula, for two days to work on our ideas.

At the end of the 2 days, each team leader had to pitch their idea to 4 special guest judges:

Some great concepts were pitched at the Hackathon, but these were the top ideas as voted for by the Veeqo team:

Next-Up allows Veeqo to create a timeline for product releases and upcoming features, and is available to both us and our users. It provides a clear way to learn more about our new and upcoming features including descriptions, tips on how to use them, videos and screencasts etc. We have been using Trello to keep ourselves and our customers updated on product releases, so we could use the Trello API to publish the stories.

The aim is to create a nicely laid out and easy to understand timeline of all our upcoming features which is easily accessed by everyone.

A welcome pack for customers with a Veeqo welcome letter, branded gifts including a pen; a stress ball (shaped like a cloud, of course); a drinks coaster and so on. On the welcome letter, there will be a barcode; the customer has to download the Veeqo Companion App in order to scan this barcode and receive a random gift or discount (e.g. £5 off your shipping).

There will also be a Pocket Guide book included, with a page dedicated to each feature of Veeqo (inventory, orders, POS etc.), which will also include a barcode which, when scanned, will lead the customer to a tutorial video on that feature.

This will be sent out in the post as a nice surprise gift to new paying customers. It gives Veeqo more of a physical presence and bridges the gap between online and offline presence, giving the customer something tangible.

Crimetrix is a public status page which shows the operational state of the Veeqo app, e.g. some services might be down, issues with server, DB or networking IO, instead of the standard “Application Error” box most websites show.

The idea is that when users visit the page, they will know exactly what is happening, whether it is being solved, and what the status is with solving the issue, so that they are not kept in the dark wondering “What’s going on? Is it just me that’s getting this error? When will the site be functional again?”.

This one is for the Veeqo team, although anyone can access Veeqo Radio. Users can create playlists that everyone can contribute too, and also “like” and comment on other people’s choices to encourage conversation starters and music sharing in the team.

We have a few remote team members who work as far away as Kyrgyzstan, so having a shared radio which we are all listening too helps us feel more connected as a team, and also makes socialising and conversation-starting easier for team members who are a bit shy.

Throughout the day, we wrestled with code, phoned an unfathomable number of business merchandising and print companies, spent most of the day chatting on headsets to remote team members halfway across the world, and ate so much we thought we could never look at a slice of bacon the same way again….and we couldn’t wait to repeat the process the next day!

After another mountainous breakfast, we set out to put the finishing touches on our projects. Tablets were scanning barcodes, websites were coming together beautifully, and presentations were artfully pieced together. We were all pretty nervous for the presentations, even those of us who weren’t presenting, but we were all confident that our ideas were solid and our hard work had paid off.

First to present was designer Jordan (assisted by backend developer Tom) with the Veeqo Welcome Box and Companion App. Second was Jade with NetxtUp, followed by Daniel with Crimetrix, and finally Prince with Veeqo Radio.

After a tense few minutes of deliberation, the judges revealed their verdict. Although everyone presented their ideas well and all teams did a fantastic job of creating something which adds value to Veeqo, the judges unanimously voted for Crimetrix as the deserved winner of the Veeqo Hackathon.

We’d like to thank the judges for donating their time to the Veeqo Hackathon, and well done to all teams who competed – the end results were fantastic!

Here is the footage from the Veeqo Hackathon, including the final presentations. We hope you enjoy watching! 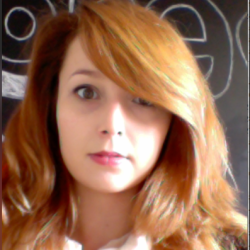