Will Magento 2 make or break your e-commerce site 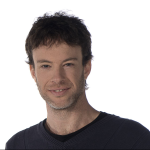 With the launch of Magento 2 mere months away, developers around the world are currently deciding whether or not to upgrade their e-commerce sites to the new potentially business-boosting management system.

This is a decision that could ultimately devastate or elevate your site. Whether you’re selling your own products or other people’s; whether it’s a small part of a bigger project or your whole business, a poorly functioning site is going to chase away potential customers who want easy access and a secure platform if they’re going to hand over their hard-earned cash.

Magento is an obvious choice for most people wanting to host their own site, especially since the company’s soon-to-be-officially-rolled-out Magento 2 has ironed out a number of old issues, while providing many new features.

The obvious appeal of the Magento management system is the fact that it’s owned by Ebay – one of the most famous e-commerce sites around. This MUST mean Magento is good, right?

Well, it’s used by a number of top websites like Nike, Men’s Health and even Ford, but there has been a lot of criticism towards the current Magento platform, with developers finding themselves frustrated by its user-unfriendly backend and sluggish performance.

Many developers in the e-commerce field are well-educated when it comes to working with the original Magento model, so these drawbacks have just become a familiar way of life; however this looks set to change once Magento 2 officially hits the market towards end of 2015.

It was a long time getting here and those of us working in the e-commerce field endured more than four years of teasing as we watched the Magento 2 launch date pushed further and further into the future. Once the Beta version finally launched earlier this year, everyone was eager to see what this baby could do. Here are just some of the positive features of this upgraded platform.

Due to a streamlined layout, core files don’t need to be changed, which makes customizations much easier for developers.

The LESS CSS pre-processor means easier code changes and maintenance conducted at a much quicker pace.

Integration with external systems has been simplified thanks to enhanced APIs, making it possible to return an object’s associated data in one fell swoop.

The backend UI is more user-friendly and the menu system is grouped in E-commerce and System management functions. All menus involved in managing your online store (Eg: Product or Report) are displayed clearly and logically.

Creating or editing product details is incredibly fast and easy with the simplified arrangement of fields.

Developers can provide information on capability in their code in order to see the potential effect a new or upgraded extension may have on the site before installing.

The blank theme is a godsend as it allows developers to easily start theme development and then just add their own features and customizations.

Testers are saying the system requirements of Magento 2 are more demanding than the original versions and require more additional extensions and supporting technologies than before.

In the Beta version, errors are sometimes appearing when developers try to access the Magento storefront or Magento Admin after installation. Hopefully this glitch will be ironed out for the official launch…

Developers used to working on Magento will need to upskill in order to work efficiently with the Magento 2 platform; this inevitably means the possibility of ongoing technical glitches if you switch to version 2 as soon as it launches. Luckily, Magento will be officially supported for three years after the official Magento 2 release, so you don’t need to rush your upgrade and can wait until you or your developer is feeling confident.

As with the original Magento version, self-hosting means running the risk of tech glitches happening that chase your customers off before you notice. Luckily you can combat this by using Shoppimon robots to alert you to these issues, allowing you to keep customers on your site until the sale is closed. 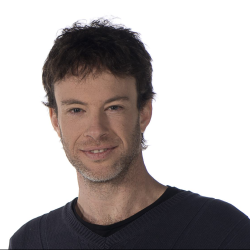