Make the Most of Amazon Prime Day

Amazon Prime Day is on the way and there are more opportunities for small businesses and entrepreneurs than ever – here’s how you can kill it this Amazon Prime Day and smash your sales.

It’s coming – Amazon Prime Day mark 3. Starting on July 10th at 6pm BST and running for 30 hours, Amazon Prime Members will be falling over themselves to take advantage of some fantastic deals. Sales boomed last year and it’s proving a real hit, both with buyers and seller.

According to Amazon’s own figures, in 2016 sales increased by 50% on the day itself in the US and 60% worldwide, compared with the same day the year before. Slice Intelligence estimates that 13.5% of Amazon’s shoppers made purchases on the day – up from around 11% the year before.

For those who don’t know, Prime Day is Amazon’s big flash sale to get rid of all its excess stock – it’s a bit like Black Friday, but specific to Amazon. It is aimed at Amazon Prime members and consists of two types of deals – those that last all day and lightning deals, which pop up for a short time only. As a seller, you can apply to be involved with both.

If you want to dive deeper into the different kind of deals available to you as a seller, CPCStrategy do a great job of explaining it.

This year it’s bigger and more importantly longer than ever – clocking in at a whopping 30 hours. Among the new features is a special offering for Voice Shoppers. People who use the Alexa will have access to more than 400 exclusive deals a couple of hours before everyone else.

Get in on the action

Now in its third year, it’s fair to say things didn’t quite go as well as expected in 2015. But as Amazon’s figures show, things had picked up 12 months down the line and this year is likely to be bigger and better than ever – a host of deals, including a chance for sellers to get in on the act.

Amazon claims 40% of all lightning deals will come from small businesses and entrepreneurs. There are more sellers, more users and the event has its biggest profile yet.

The lightning deals is a vital tool for sellers as any deals featured on this will be featured on its Deals Page which will attract a huge increase in traffic. It’s not just the day itself – traffic tends to increase in the lead-up to Prime Day as well as the day after. It’s the kind of exposure that can increase one-off sales, but also help you make useful and long-lasting connections as Caron Proschan of Simply Gum confirms;

Prime Day provides young brands like ours the opportunity to reach new customers and gain greater exposure through deals and increased traffic. We are really excited to offer customers our best deals of the year and expect to see a huge sales lift that will help us prepare for the upcoming holiday season.

So, how can you get involved and make the most of the upcoming feeding frenzy?

1. Offer discounts and make them big

This is, of course, a day for discounts and deals, but one way to stand out and attract attention is to supersize them. That might sound a little painful, but it could be worth it.

If you’ve got old stock or product which is not selling particularly well, this could be a good opportunity to get rid of it.

You might feel you’re not making much profit, or even making a loss on a certain item, but look at it this way; you’re getting money for it and it’s going into the bank now. Cash-flow is a massive issue for many businesses and this is a good way to start Q3 with a bit of a cushion.

This is also a chance to introduce new customers to your business. If they like what they see they may start browsing through your other products and hopefully come back for more.

The key to success is to be featured on the first page of Amazon’s results page. The biggest reason products appear here is normally because they are popular and selling well. If you’re a new seller, it can be difficult to get traction.

One way to do this is to use sponsored ads. These are relatively cost-effective and you only have to pay for click-throughs rather than page impressions – something which ensures you’ll get the most bang for your buck.

You’ll need know what search terms you should bid for. Log onto the Search Term Report in your profile to see a list of suggested keywords and phrases.

Check your budget throughout the day. If you’re getting a particularly high number of clicks you may want to consider increasing it to keep the advert up.

Amazon Prime Day is all about social media. People will be talking about it, and products will be promoted through it. You can build visibility by looking at the various hashtags in use including #AmazonPrimeDay, #primeday and many others. Tag any updates or promotions to give yourself the best chance of being seen.

Building a profile is all about extending your reach in the right way. Get to know who the key influencers in your category are and reach out to them. You may already know some of them, but tools such as SocialMention and BuzzSumo are good ways to assess your performance and find out who the best people to connect with might be.

Your aim is to make it onto the first page of Amazon’s search terms and into that all-important ‘Buy Box’. To do that you’ll need a decent ranking.

Amazon will rank you by several factors. This includes the satisfaction of customers, feedback you’ve received and the sales you’ve been making.

But one area people often forget about is stock. Amazon needs sellers who can quickly and reliably fulfil orders. Otherwise it’s their own reputation which suffers. It’s worth bringing in extra stock of some of your best-selling items to make sure you can cope with the rush.

People love product bundling. You can gain attention for a certain product by selling it together with another one. If one product isn’t selling well then you might consider adding it as a free or reduced incentive to something else. For example, Samsung did that with their disappointing Galaxy Gear SmartWatch. Customers who bought a new phone or tablet might receive a smartwatch. It adds value to that sale and gets unwanted excess stock off your hands.

Reviews are always useful. The majority of shoppers actively seek out reviews before they make a purchase, so if they see reviews in a listing they will read them. Of course, you can’t always control whether people leave a review or what they say about it, but if you harness the power of your own support network, there’s always time to add new reviews to the listing.

As a final word of advice…

I thought I’d steal a quote from Lord Baden Powel – ‘Be prepared’. Lay the groundwork beforehand by building your profile and reputation and making sure you have enough stock in place. Stay on top of things during the day, promote yourself on social media, and adjust advertising budgets if you need. And don’t forget to have fun.

Things can move fast on Amazon Prime Day – you need to be nimble enough to take advantage. 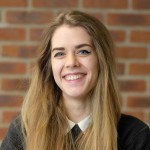