Streamline your inventory and products ready for BFCM - Webinar

Master the ins and outs of product and inventory managment. Sep. 13th | 11am EST, 4pm GMT

Shopify Plus pricing is a subject surrounded by confusion. And the exact monthly cost can vary widely depending on a number of factors.

No prices are listed on the Shopify Plus website, with prospective users encouraged to simply contact them for a quote.

But there are several key things to factor in when trying to determine exactly how much Shopify Plus will cost for your business:

This article will dive deeper into what exactly to expect for each of these aspects to Shopify Plus pricing.

Shopify Plus still allows for the use of pre-built themes, just as with Basic, Standard and Advanced Shopify.

Meaning the build cost of a Shopify Plus website could, in theory, be zero if a free theme is used. And you’d still get access to the necessary files for full checkout customisation.

But the larger retailers likely to be using Shopify Plus will usually find it much more effective to build a bespoke site. This ensures everything can be 100% aligned with desired branding, and that all Shopify Plus features are fully taken advantage of.

The cost of a custom site build can differ significantly, depending on:

However, a rough estimate would be anywhere from $30,000 to $250,000 for the average retailer moving up to Shopify Plus.

On top of building the site, there’s the actual Shopify Plus pricing itself (or licence fee).

This is the base fee payable to Shopify for access to the Plus system and to have your site hosted on their servers. With the amount based on monthly sales volumes put through your Shopify Plus account.

There’s also the transaction fees associated with processing online payments that need to be factored into Shopify Plus pricing.

Of course, these are charges standard to any ecommerce business – you’ll need something to process card payments regardless of the platform being used. Meaning they aren’t strictly ‘Shopify Plus costs’.

But when using Shopify Payments to process transactions then fees will be paid alongside the Shopify Plus licence fee. With a surcharge payable if using a third-party processor.

So the options are:

Shopify Payments users can also qualify for lower rates on their Shopify Plus licence fee. However, this only comes into effect once a merchant has moved well beyond the standard $2,000 per month threshold.

Shopify Plus is a powerful system. But larger and/or fast growing businesses will likely require more advanced tools and apps to better manage specific tasks.

This could be as little as a few dollars a month for email automation or connecting accountancy software, for example. But could also require a much higher investment for more powerful multichannel management or shipping software tools.

Such systems aren’t required for every business. But it’s important to ensure your back office operation matches the quality that Shopify Plus is providing on the front end.

The more tools and apps that are integrated to your business, the more additional fees you’ll encounter each month. A ballpark figure, however, would be to expect costs of between $200-$500 per month for the average Shopify Plus operation.

Shopify Plus is a fully hosted platform. Meaning maintenance costs you’d normally associate with other alternatives (server fees, security patches, etc.) are all built-in to the licence.

It’s worth staying aware that there will always maintenance fees associated with making updates to bespoke areas of your site. But these should be relatively low and can be done on an ad hoc, as needed basis.

Overall, there are a lot of components that go into Shopify Plus pricing and how much it costs. And this is likely a large part of the reason simple pricing details aren’t listed on their website.

But using the estimates in this article should help to give a good idea of a roundabout figure.

For example, a business doing 5,000 monthly orders and an average order value of $50 might expect the following:

Note: These figures are examples based on rough estimates and may differ for individual businesses depending on their requirements. This article is designed to be a guide using Shopify Plus pricing correct at the time of writing. 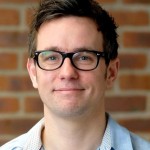