Earlier this week The Guardian reported that there was a 52-48% split in favour of Britain leaving the European Union.

However this figure is slightly different when pitched to small businesses. With them broadly favouring staying within the EU.

Many online sellers within the UK, have found that being a part of the EU has been incredibly beneficial to them.

This can be due to importing cheaper products from the EU, or selling to the EU market independently or via Amazon’s incredibly popular European Fulfilment Network (EFN).

Within the last year, UK businesses have exported products worth over £1bn through Amazon, while the number of UK businesses using EFN grew by more than 90%.

It’s easier to see why as well, as the European shopping marketing is growing year on year at a quicker rate than the U.S and Canada.

EFN especially has helped UK sellers expand their business exponentially. It has allowed UK sellers to store products in one of Amazon’s UK fulfilment centre, before being dispatched throughout Europe.

Sellers are simply charged a fulfilment fee depending on size, weight and location and a monthly storage fee. No stock, no shipping, no problem.

This is until now.

On 23rd June Britain will vote on whether to stay a part of the EU. If the Guardian Poll is correct and as a nation the UK votes out, then trading arrangements throughout the UK-EU border could become tricky.

With worries about increased import/export duties, VAT, documentation and delays, how will Brexit impact your business?

Those in favour of Brexit will point to the examples of Norway and Switzerland.

Both are not part of the EU, however they a part of what is called the European Economic Area. This essentially means that they are able to import goods throughout the EU, duty free.

However experts say that an agreement like this could take around 2 years for the UK.

The reason being this is that the government haven’t clarified what trading arrangements would take effect, so there is the suggestion that there is no plan in place.

Additionally, an agreement is also imminent whereby the EU and Canada could trade goods duty free, which would open another market for EU sellers.

If Britain did leave the EU, during the time before any ‘trading agreement’ was met, 20% VAT would need to be paid on all goods at the UK border.

On top of this, there would also be an additional charge for import duties.

Furthermore, documentation at the borders would need to be provided to prove that the goods were made within the EU.

Which leads us nicely on to…

Any solution further down the line which would allow the UK to trade goods with the EU again would bring with it a form of customs formalities.

Experts suggest that this would create custom clearance costs, which would then result in delays.

Clearance would have to occur when the products leave the country of origin within the EU and once again when they enter the UK.

Alongside import duties, VAT, clearance and possible delays, you would also incur a reintroduction tax if you wanted to sell back out to the EU.

This is due to a ‘common customs tariff’ which is essentially an external tariff that is applied to products after they are imported into the EU.

A very troublesome time for current Amazon sellers, or people looking to take advantage of the EFN network.

We recently spoke to Max, an Amazon Seller of Fish Tank Ornaments who was about to launch his product on Amazon via this method.

“The growth of my online business depends heavily on whether or not we stay in the EU. The size of the EU market is criminally underestimated, and all it takes for me to export to other European countries is a simple transaction. Now I’m concerned that I might never get the chance to tackle this huge market”.

Do you currently import a product in to the UK that you make alterations to? Perhaps you purchase fabric for dresses or blank t-shirts for printing?

If you make any alterations to these products whilst in the UK, this could have an implication on the product’s country of origination.

This could make it problematic when trying to sell the products back to the EU, which make cause delays or further paperwork.

If you make alterations to imported EU products, this will impact on it’s origination

If you are already selling within the EU, the points so far will undoubtedly have an affect on your prices.

When buyers were questioned about sellers from other countries recently, 80% of them cited high delivery costs as being the biggest issue. This was a bigger barrier than poor product information, unavailable payment methods and long delivery times.

As well as increasing your overall price, you may also need to alter delivery prices in order to counter the import/export charges. This is essentially making a problem worse than it already is.

If some of your competition is in Europe this will cause a problem.

According to Fedex, European markets are a key destination for 96% of British SMEs who export. Because of the EU’s geography, similarities in culture and open access, this has made it viable that UK businesses would consider other EU businesses as competition.

Baacco who deliver wines throughout Europe are worried. Owner Tai mentioned “The thought of UK wine merchants becoming even less competitive over their European peers because of a Brexit is certainly cause for concern”.

All UK merchants of any sector may fear that their competition will thrive in a far less complicated and frictionless market.

Your European competition will thrive in a far less complicated market

People in favour of the Brexit will point at the fact that the UK sends £350m to the EU on a weekly basis. Stating that this money would be better spent to invest in industries in the UK and to create jobs that way.

There are successful examples of companies such as Zara and Primark, that have expanded globally despite heavy fees and that the free trading zone across the world isn’t restricting.

However these examples may not resonate with small sellers. Especially when we live in a time when a one person business could sell throughout the EU via Amazon’s EFN. These are the people that will be severely affected by an out vote.

9. Strength of the Pound

Since the government announced that Britain’s involvement in the EU would come to a vote, the pound hit its lowest level against the dollar since 2009.

The unpredictability and swings in currency could prove a real headache when it comes to financial planning and setting your selling price.

As well as consumer prices there will additionally be complications when it comes to import prices.

Expert’s suggest as well that due to the strength of Sterling being lower, that interest rates would then be higher than they would be otherwise.

There are so many questionable policies within the EU which you must abide by when selling.

If a country knows a product is being imported from outside the EU they can’t ensure that all these stipulations are met. Therefore the decision to clear the products will be taken by a country by country basis.

This will significantly extend the time you spend signing forms and focussing on clearance, rather than important matters such as the growth of your business.

The undetermined political agreement between the EU and the UK that would follow Brexit may have a positive impact for sellers, but it is one that is likely to take 2 years.

The world of e-commerce moves fast and unfortunately politics doesn’t.

Spreadshirt CEO Philip Rooke pointed out recently how he felt retailers who voted out shouldn’t then reap the benefits of such an agreement, “You’re either in the party or out; if you don’t want to be in the party, why should we save you some cake?”.

It’s certainly a testing time for retailers and if The Guardian poll is to be believed, it might be worth stockpiling now in order to avoid any implications. 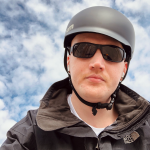