When we think of geniuses, the usual suspects, Marie Curie, Nikola Tesla, and Isaac Newton spring to mind.

Each one of these bright sparks had the drive and passion to achieve something spectacular, and reshape the way we view the world.

Although he may not have invented the next big revolutionary product, Ade Mitchell, our Second Line Team Lead, is nothing short of an intellect.

Ade describes himself as a simple family man with big career and academic goals. More than this, Ade dedicates a hell of a lot of time to his work. (He’s always in two hours before he’s supposed to be, and rarely takes breaks – both entirely by choice!).

It was a tricky task to schedule in time to sit down with Ade, but we managed to squeeze in a little time to ask him all about his life and what he gets up to when he’s not working.

Ade, What’s your journey – how did you get to where you are today?

It was always my dream to become a well respected chef. After putting myself through college, whilst juggling different jobs, the dream became a reality and I began my career as a qualified chef.

Following six years as a Head Chef, I was unfortunately involved in a car accident. After the recovery, I no longer had the same passion for cheffing as I did before.

This massive turning point in my life shifted me towards a passion for computing. I pushed myself to obtaining a degree in computer science, whilst starting up a computer repair and web development company.

After realising there was a lot of sales technique that went into a business (and realising I wasn’t a salesman), I decided it was time to find my perfect job that focused on web development. And that’s when I found Veeqo!

What does a typical day at Veeqo involve for you?

A typical day for me is supporting the second line team, and making sure they have the tools needed to support our users. Also pushing my team to train and develop so they can progress through their Veeqo career.

The way the support team interact with each other, the team dynamic is great but personalities are vastly different, so watching a small joke turn into them all in stitches really tickles me (and this happens more than you’d think!)

What’s the most interesting thing about you?

My love for rugby is so extreme that I only ever wear rugby jerseys to work. I’ll either be wearing my local rugby team shirt (the Ospreys!) or my national team’s colours (Wales!)

Who is your celebrity role model?

Sylvester Stallone, with my favourite film being Rocky of course.

We hear you, Ade!

What do you think is the best sport ever invented?

That’s not a real question as there is only one answer: Rugby

What’s the one piece of life advice you would give?

Take a step back and think how you would feel if it happened to you!

Who do you think is the smartest person in Veeqo is?

That’s difficult as everyone is smart in their own departments, so I’ll answer that in a different way. The person I’m always falling back on for reliable answers is Calvin, our Technical Support Engineer.

If you were CEO at Veeqo, what would you do first?

I would change the Random Coffees that we have now to Mini Lunch, this would get groups of four random employees to have lunch together.

If you could trade places with anybody in the world, who would it be and why?

That’s really tricky as I love who I am. But if I HAD to trade it would be with Kevin Hart, that guy cracks me up!

What’s your favourite drink, and why?

Whiskey, I mean proper single malt. Penderyn Peated is by far my favourite, because the flavours and textures are rich, and you get a nice little buzz whilst slurping.

Tell me a joke!
A man walked into a bar…. Ouch!

That was a terrible joke Ade. 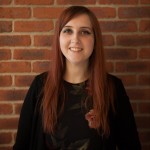