Have you ever noticed an “Add to Home Screen” message when you were browsing certain websites?

If you did (and clicked it), you probably saw a shortcut appear on the home screen of your device just like regular apps:

No fancy app development. No downloading from app stores. Yet the website sits bookmarked on the user’s home screen alongside all their other apps.

This is how Progressive Web Apps (PWAs) work, and they can be extremely powerful for ecommerce.

So in this post, we take a look at all you need to know on Progressive Web Apps for ecommerce. Including what exactly they are, comparing to regular mobile apps, examples of PWA stores, and how you can get started.

What is a Progressive Web App (PWA)?

To put it simply, a Progressive Web App (PWA) gives a website the look and feel of a traditional smartphone app when accessing it on a mobile web browser. It uses the latest web capabilities to bring consistency between web and native apps, replacing both with a single instance.

Meaning mobile websites running on PWAs get both the easy accessibility of a web browser, and the quality user experience of a native app. Which is an absolute game changer when it comes to ecommerce.

Why is now the time for PWAs?

With tech advancements, the way consumers behave and how they make purchases is changing. And mobile is just becoming more and more prevalent – 62% of smartphone owners have bought something using their device in the past six months.

There are only two ways for buyers to purchase physical items from mobile devices. They can order from:

Let’s discuss the limitations of both options.

The fact is that the native app boom is tapering off.

As far back as 2016, Recode agency published the research that proved these go-go growth days are gone.

Apple’s App Store and Google Play now offer a seemingly limitless number of apps (there are more than 1.8 million apps available on the App Store in 2020). But the number of people making purchases using native apps is steadily decreasing.

Customers no longer want to download massive native apps to make a purchase once a month.

And there are several reasons for this:

Most successful ecommerce businesses likely already have a mobile-friendly online store that can be opened in any browser.

But the truth is: this is not enough to maximize your revenue opportunity.

Buyers generally find it inconvenient to buy from store websites, which are often slow with a far from user-friendly interface. Stats show that:

So both native apps and mobile websites have their flaws that create obstacles for convenient shopping.

The solution is somewhere in the middle!

As an alternative, in 2015, Google introduced Progressive Web Applications. A new solution for delivering an app-like user experience on mobile devices, but with no need to install a native app.

The world’s leading brands picked up the idea and now the technology is becoming increasingly popular.

So let’s take a look at what this all means to you. And how you can apply it to your ecommerce business.

How PWAs are changing ecommerce

On the one hand, a PWA looks and feels like a native app. But on the other, it keeps all the advantages of websites: it’s available from a browser, discoverable for search engines, and does not require installation and downloading.

PWAs can effectively work on any gadget like a regular site. But when a user switches to a more advanced device or browser, PWA functions expand.

Why ecommerce businesses must go for PWA

So what does this actually mean when it comes to ecommerce? Here are six key factors PWAs bring:

PWA apps can be a promising sales driver for an ecommerce business. Just have a look at these PWA examples developed by some leading ecommerce brands:

Lancôme USA was one of the first American companies that tested the new technology on their website. And it paid off!

The app is full of effective and useful features that add value to their products.

Like Mascara Finder, one of the greatest tools the Lancôme team made. They implemented three major face types to demonstrate to customers what their mascara would look like on different women.

Take a look at it on Lancôme’s PWA site vs standalone app:

The two are very alike. Same UI, same menu on the top of the page, and same functionality.

The only real difference is that the first one is available from a browser, and the second one is a fully-fledged native application.

Flipkart is one of the biggest Indian online mega-stores, specializing in various fields: from fashion to home decor.

And the decision to add a PWA site to their native app resulted in 40% higher re-engagement rate and 70% greater conversion rate.

And again, the PWA and Flipkart native app are very alike both in UI and functionality.

Starbucks has developed their own PWA in order to increase the number of orders in addition to its regular native application.

The PWA interface seems familiar to the customers already using their native app. But its overall size is 99.8% smaller than the existing iOS app:

This PWA is a perfect example of what progressive apps can bring.

The online mode here is up to scratch. Once online, customers can view location-specific pricing and make their drink and food order.

Along with that, Starbucks’ PWA allows the customers to browse the menu, add items to their cart and customize their order – all just like the native app allows.

Still not totally convinced on how useful PWAs can be? Here are some stats that might make your mind up:

On top of all this, web developers have recognized their preferences for PWA as well. A JAXenter’s survey found that 46% were in favor of PWAs:

How to get started with PWAs

Adopting a PWA isn’t as intensive a process as it might seem. And it definitely doesn’t mean a complete and intensive overhaul of your website front-end.

But it does require some development, and giving users the option to save your site on their home screen comes through something called Web App Manifests.

You can either task your in-house developer to resolve all this for you. Or consider investing in a PWA project with an agency like Onilab.

Both native apps and PWAs are two great options to deliver a seamless experience for users and both have their pros and cons. They both are worth mentioning and deserve the right to be considered impactful mobile technologies for ecommerce.

If you want to deliver a convenient and faster shopping experience to your buyers, then getting PWAs developed for your store will definitely benefit you.

However, despite the growing popularity, PWAs still face some challenges they need to overcome to provide a better user experience. The technology is young and the lack of a mature dev environment poses an obstacle for developers to make it more actionable.

The choice between PWAs and native apps should be made according to the goals and resources of your business. But many businesses effectively benefit from both technologies as impactful tools for business growth. 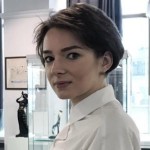 Share on Twitter Share on LinkedIn
Written by Mary Hilko
Head of Marketing at Onilab
Mary is Head of Marketing at Onilab, a full-service Magento development & troubleshooting company that delivers results and always aims for quality. Founded in 2011, Onilab has been constantly growing and expanding its expertise in the ecommerce industry.
Inventory and Shipping platform for ecommerce
Orders Ready to ship
£
£
£
£
Manage your ecommerce business with Veeqo.
Want more insights like this?
Related Content