We ran a survey of 167 retailers across the US and UK to find out what that boom has meant for their business practices and what they believe the future holds as the pandemic eases in many markets.

It’s no secret that the covid pandemic has led to a dramatic rise in ecommerce sales. Indeed the value of global ecommerce as a whole has jumped to $26.7Billion.

How Much of a Challenge Will a Post-Covid Drop In Demand Really Be?

It’s clear that many retailers are worried about their business facing a drop in demand. Yet there are signs that this will not be as bad as people fear.

It’s also important to remember that this is not just a shift in sales, it’s a shift in the way people buy. According to IBM’s Retail Index, the pandemic accelerated the shift away from brick and mortar stores to ecommerce by five years. While the future is uncertain, it’s unlikely that this shift will revert dramatically over the next year.

Investing in conversion rate optimization makes sense if you are expecting a drop in demand, as retailers are expecting to be fighting over a smaller audience in the near future. Meaning that every visit counts.  We spoke to James Willmot, optimization manager at BluBolt, about this shift in towards CRO:

But why are ecommerce retailers so keen to fix operational issues?

The next biggest headache was returns management, with one in five listing this as the factor most distracting from their business goals.

As retailers add channels, syncing inventory across these channels is still a burden, taking up valuable time that could be spent growing a business. This can be seen by one in three retailers selling on 5 or more channels saying syncing and tracking inventory was the biggest distraction from their business goals (compared to one in five who sell on two channels).

One in three said high sales periods led to losing sales due to being out of stock. A problem that doesn’t just lose the sale, but could lose those customers permanently. Hurting future sales figures and causing ecommerce retailers to struggle to grow as they plan.

That half of respondents said that increased sales periods led to either unexpected strain on warehouse processes, increased mispicks or increased returns suggests that they weren’t able to fully capitalize on these high sales periods.

This can be a key challenge to growth for ecommerce businesses as it will hold them back from getting the most value from high sales periods. It could also lead to long-term damage to their reputation if customers receive the wrong items. These customers will end up with a negative opinion of the brand, which could lead to bad reviews that put off future customers.

It’s clear that while ecommerce has undergone massive change over the pandemic, it has not become less competitive or challenging. To meet this challenge retailers will need to make sure that they are able to grow their brand effectively and this means having a  firm grip on their fulfillment operations.  This will allow them to weather any post-covid drop in demand and let them take advantage if the sector continues to grow. 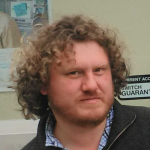 Written by John Ridley
Inventory and Shipping platform for ecommerce
Orders Ready to ship
$
$
$
$
Manage your ecommerce business with Veeqo.
Want more insights like this?

What Ecommerce Retailers Need to Know About Amazon Shipping

What is an Ecommerce ERP & Does Your Business Need One?

Master the realm of PPC product data with this 8-step plan
Inventory and Shipping platform for ecommerce
Orders Ready to ship
$
$
$
$
Manage your ecommerce business with Veeqo.
The world's best ecommerce blog

What Ecommerce Retailers Need to Know About Amazon Shipping